MagGenome is primarily focused on the development of magnetic nanoparticles-based products. The company has developed DNA/RNA extraction kits under the brand name “XpressDNA/RNA”, clean up and size selection as “XpressPure”, collection and storage devices as “MagStable”. The XpressDNA/RNA protocol is designed to extract high molecular weight DNA/RNA which is free of protein and PCR inhibitors using our patented magnetic nanoparticle technology. The kit also requires the use of a magnetic separator “MagNaStand” which is made of rare earth magnets that provide effective magnetic strength to process different volumes used in the kit protocol. MagGenome will also focus on other applications of magnetic nanoparticles in near future for providing solutions in the areas of molecular diagnostics, therapeutics, and research applications.

To become the most reliable solution provider globally for molecular diagnostics and genomics research; helping the users by making processes faster, cheaper and more efficient.
Bringing first in class products by attaining excellence in research driven by cutting edge technology and sustaining highest standards of quality. 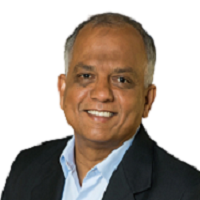 Sam Santhosh founded MedGenome in 2013 as a spin off from SciGenom, which he had founded in 2009. He is a science savvy entrepreneur with close to three decades of experience in launching and running successful businesses. Passionate about Science & Technology, Sam firmly believes that as technology was the key driver for growth in the latter half of the 20th century, so would be genomics in the 21st century. Through MedGenome, he has transformed the medical genomics and diagnostics space in India and showed path for others to emulate.
He is also an investor and mentor for many other companies. Currently, he is an Advisor/Board member at Impelsys Inc, New York, ePay Healthcare, San Francisco, SciGenom Labs, Cochin, AgriGenome, Hyderabad, Emerge Ventures, Singapore, and the Centre for Commercialization of Antibodies (CCAB) Toronto, Canada. 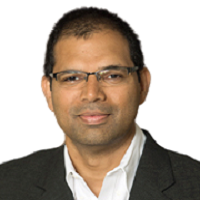 Mahesh Pratapneni has specialization in incubating product companies in the education, healthcare, and data/analytics sectors. His focus is on helping launch, re-engineer and support small and mid-sized technology driven businesses. He is known for building outstanding global teams and creating value by leveraging his experiences in product visualization, development & management, and his expertise in building global delivery models. Currently, Mahesh is the Managing Director of Singapore-based EmergeOut Ventures.
He is also the Executive Director of MedGenome, Advisor to Oversite Data Services and Board Member of Impeisys. His previous experiences include, serving as EVP of CalSoft Group, SVP of OneWest Bank and IndyMac Bank and CTO of Ocwen Financial Services. Mahesh earned his undergraduate degree in Electronics and Communications from IIT Madras and his MBA from IIM Calcutta. 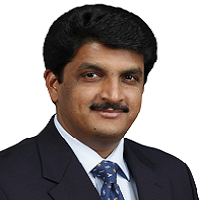 Dr. Arumugam is a senior consultant in Arthroscopy & Sports medicine has treated a variety of cases and performed several thousand arthroscopy procedures. Have more than a dozen fellowships in the field of Arthroscopy to his credit from USA, Europe and Australia. Has published in peer reviewed international medical journals and has presented papers and invited lectures in a number of international and national conferences. He is the Director of Centre for Sports Sciences (CSS) which has got most advanced state-of-the art facilities for sports performance enhancement in this part of the world. The centre has been accredited as the First Centre of Excellence in India for Football Medicine by AFC (Asian Football Confederation). He also founded the Indo-European Arthroscopy & Arthroplasty Foundation (IEAAF) to promote education, training and research in the field of arthroscopy in India and exchange of scientific ideas between India & Europe 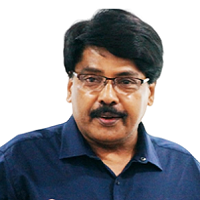 Dr. Ramchand has a rich industrial and academic background in the field of drug discovery, nanotechnology, and nutraceuticals. He has held key leadership roles in industries such as India Director & World Wide Executive Member at Kemin Industries South Asia Pvt. Ltd., India and Vice President & Head of New Drug Discovery (biological) Research Programme at Sun Pharma Advances Research Centre (SPARC) India.
He has also held the position of Joint Co-ordinator and Head, Laboratory Research Program at Biomedical Sciences, University of Sheffield and Northern General Hospital Sheffield, UK, a prestigious University Position. Prior to this, he was the Sr. Scientist and Project Head at the Institute of Biological Psychiatry at University of Wales, Bangor, UK. 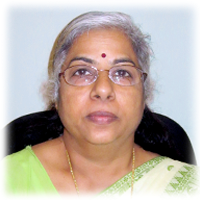 Balamani Amma is currently a board member of MedGenome Labs, Bangalore, SciGenom Labs, Cochin, AgriGenome Labs, Hyderabad, and MagGenome Technologies. She has 28 years of rich experience in teaching and has been part of the management team of SciGenom group of laboratories since 2008. She is active in many social outreach efforts in Education and Healthcare.

MagGenome Technologies Pvt. Ltd. is an India-based startup in the field of nano-biotechnology with a primary focus on developing magnetic nanoparticles-based technologies that is technically proficient and industrially viable for life science, chemical, pharmaceutical and engineering applications. With its headquarters in Cochin, India, MagGenome began operations in 2014. It was incubated in SciGenom Labs for a period of one year and is now a registered independent company from 2015. The company provides lifescience-based research solutions across the country.